< Overview of the file >

Of course everybody has a bit different /etc/fstab file because the partitions, devices and their properties are different on different systems. But the basic structure of fstab is always the same. Here's an example of the contents of /etc/fstab:


What does all this gibberish mean? As you see, every line (or row) contains the information of one device or partition. The first column contains the device name, the second one its mount point, third its filesystem type, fourth the mount options, fifth (a number) dump options, and sixth (another number) filesystem check options. Let's take a closer look at this stuff.

Like you already learned from the Mounting tuXfile, most Linux distros create special directories for mount points. Most distros create them under /mnt, but some (at least SuSE) under/media. As you probably noticed when looking at the example fstab, I use SuSE's mount points as an example.

What does all this mean? If I type the following command:
You can freely change the default mount points listed in /etc/fstab if you're not satisfied with the defaults your distro has given you. Just make sure the mount point is a directory that already exists on your system. If it doesn't, simply create it.
nbsp;mount /dev/fd0
... my floppy will be mounted in /media/floppy, because that's the default mount point specified in /etc/fstab. If there is no entry for /dev/fd0 in my fstab when I issue the command above, mount gets very confused because it doesn't know where to mount the floppy.

You can freely change the default mount points listed in /etc/fstab if you're not satisfied with the defaults your distro has given you. Just make sure the mount point is a directory that already exists on your system. If it doesn't, simply create it.

Some partitions and devices are also automatically mounted when your Linux system boots up. For example, have a look at the example fstab above. There are lines that look like this:

As you've learned, these lines mean that /dev/hda2 will be mounted to / and /dev/hdb1 to /home. This is done automatically when your Linux system boots up... if it wouldn't, you'd have a hard time using your cool Linux system because all the programs you use are in / and you wouldn't be able to run them if / wasn't mounted! But how does the system know where you want to mount /dev/hda2 and /dev/hdb1? By looking at the /etc/fstab file of course.

The third column in /etc/fstab specifies the filesystem type of the device or partition. Many different filesystems are supported but we'll take a look at the most common ones only.

ext2 and ext3 Very likely your Linux partitions are Ext3. Ext2 used to be the standard filesystem for Linux, but these days, Ext3 and ReiserFS are usually the default filesystems for almost every new Linux distro. Ext3 is a newer filesystem type that differs from Ext2 in that it's journaled, meaning that if you turn the computer off without properly shutting down, you shouldn't lose any data and your system shouldn't spend ages doing filesystem checks the next time you boot up.

reiserfs Your Linux partitions may very well be formatted as ReiserFS. Like Ext3, ReiserFS is a journaled filesystem, but it's much more advanced than Ext3. Many Linux distros (including SuSE) have started using ReiserFS as their default filesystem for Linux partitions.

vfat and ntfs Your USB stick is most likely formatted as Vfat (more widely known as FAT32). Your Windows partitions are probably either Vfat or NTFS. The 9x series (95, 98, ME) all use Vfat, and the NT series (NT, 2000, XP, Vista, 7) use NTFS but they may be formatted as Vfat, too. 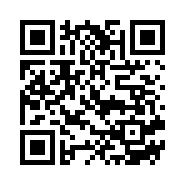