Traveling users with laptops or handheld computers will inevitably want files on the home network; you just can't bring everything with you. This is where the beauty of the Windows XP Professional computer connected to an always-on connection, such as DSL or cable modem, shines. That always-on link can be used to accept incoming VPN connections and allow your mobile users to access shared folders and files on your private network.

In this article, I’ll explain how to configure a Windows XP Professional computer to accept incoming VPN connections and discuss some tips on improving the remote access experience for the VPN client computer user.

While it’s unlikely, a Windows XP Professional machine with the above configuration could conceivably accept up to four simultaneous RAS connections. However, the typical configuration consists of a single RAS client connection, either through a dial-up modem interface or a VPN interface.

Create an incoming connection with the New Connection Wizard
Like Windows 2000 Professional, Windows XP Professional includes a New Connection Wizard. I’ll show you how to use the New Connection Wizard to create the new VPN server interface. In this example, I’ll assume the Windows XP Professional machine is not a member of a Windows NT 4.0 or Windows 2000 domain. The machine has two network interface cards; one is directly connected to the Internet, and the other is connected to the internal LAN. In addition, the external interface of the machine is configured for Internet Connection Sharing (ICS). While ICS changes the IP address of the LAN interface of the ICS computer to 192.168.0.1 through 16, it's easy to change the IP address to one that fits the existing network environment. The IP address of the LAN interface of the ICS computer was changed to 10.0.0.1 through 24 to fix the preexisting network configuration.

How to create the VPN server interface, step-by-step

4. On the Welcome To The New Connection Wizard page, click Next.
5. On the Network Connection Type page (see Figure B), select the Set Up An Advanced Connection option.

7. On the Devices For Incoming Connections page (see Figure D), you can select optional devices on which you want to accept incoming connections.

Note that you are not presented with any of the network interfaces on the computer.

9. On the User Permissions page (see Figure F), select the users that are allowed to make incoming VPN connections. Click Next.

Any user that isn’t selected won’t be able to initiate an incoming connection.

10. On the Networking Software page (see Figure G), click on the Internet Protocol (TCP/IP) entry and click the Properties button.

11. In the Incoming TCP/IP Properties dialog box (see Figure H), place a check mark in the Allow Callers To Access My Local Area Network check box. This will allow VPN callers to connect to other computers on the LAN. If this check box isn’t selected, VPN callers will only be able to connect to resources on the Windows XP VPN server itself. Click OK to return to the Networking Software page and then click Next.

12. On the Completing The New Connection Wizard page, click Finish to create the connection.

After the Incoming Connection is complete, right-click on the connection in the Network Connections window and select the Properties command (see Figure I).

Accessing the properties of the VPN server linkNote that on the General tab of the Incoming Connections Properties page (see Figure J) that no devices are listed. The comment No Hardware Capable Of Accepting Calls Is Installed isn’t true, since you can now create VPN connections to both network interface cards. In practice, there is no point in creating a VPN connection to the internal interface card.

VPN server optimization tips
The New Connection Wizard made it easy to create the VPN server interface, but you can still do more to optimize your VPN connections. First, note that you can create PPTP or L2TP/IPSec VPN connections. Figure K shows the connection status dialog box of a Windows XP VPN client connected to a Windows XP VPN server. Note that MPPE 128-bit encryption is automatically enabled and that Microsoft CHAP v2 is used for authentication.

If both machines had machine certificates from the same Certification Authority installed, an L2TP/IPSec VPN link could have been negotiated.

In the unlikely event that the SOHO has multiple network segments, the routing table on the Windows XP VPN server needs to be configured with paths to the various internal network IDs. You can use the ROUTE ADD command to create these routing table entries.

Small networks that use a Windows XP Professional machine for a VPN server probably won’t have network services such as WINS or DNS. If name resolution on the private network is an issue for the VPN client, then you should create a LMHOSTS file, a simple text file that contains name and IP address mappings. For example, the following line could represent an entry in an LMHOSTS file:

Conclusion
Windows XP Professional provides simple VPN server capabilities that let you connect single VPN clients to your internal network, one at a time. If the Windows XP Professional computer has a dedicated connection to the Internet, you can connect to that computer from virtually anywhere in the world using a VPN link. The VPN server setup is simple and can accept calls from any Windows PPTP or L2TP/IPSec client. 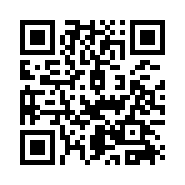